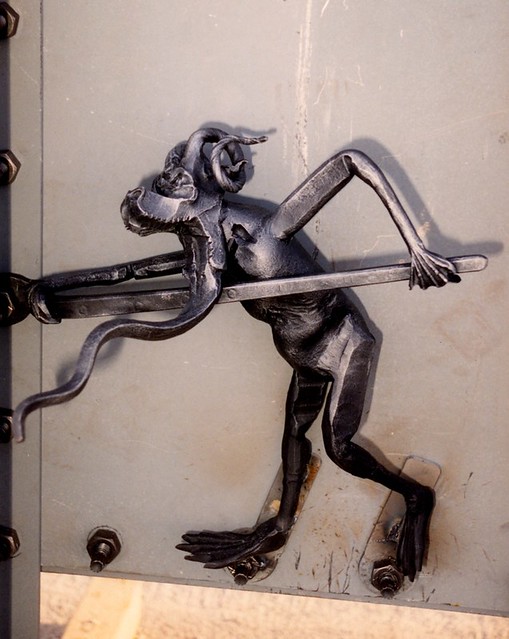 When construction workers begin taking apart the old Bay Bridge, they will have to contend with a squatter.

The Bay Bridge troll, a 14-inch-high, snarling iron sculpture, has lived beneath the upper deck of the eastern span of the bridge since workers completed repairs after the magnitude 6.9 Loma Prieta earthquake in 1989.

The quake caused a 50-foot section of the bridge to collapse, resulting in one death and forcing construction of a massive new eastern span, which is expected to be complete in 2013.

Now, many Bay Area residents wonder what will become of the troll, whose powers are said to have protected the bridge, and the 280,000 cars that cross it daily, from further troubles — via redwolf.newsvine.com