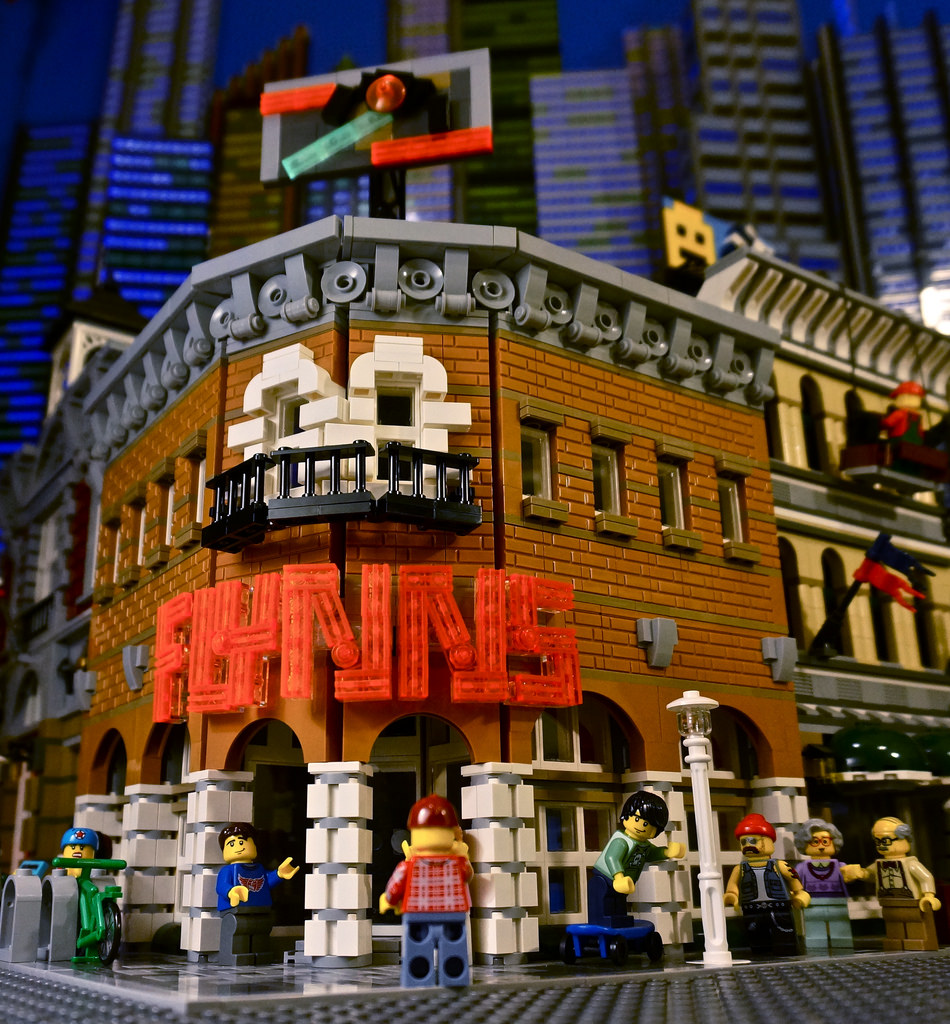 To many of you, this may look like just another building created in the popular Café Corner style. But to those of us that were creatures of the Eighties, it’s immediately recognisable as Flynn’s, the videogame arcade featured in the 1982 pre-cyberspace pre-Matrix movie TRON.

Using fluorescent bricks and black light, Joel Baker has managed to impart his creation with the neon look and feel of the original. It has a complete interior featuring all manner of vintage arcade machines, and even the secret doorway that appeared in the 2010 follow-up TRON Legacy — via The Brothers Brick